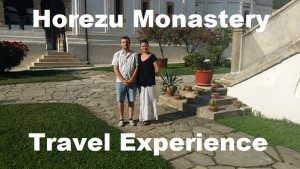 At the foot of the Carpathian Mountains, in the old Wallachia is a monastery unique in Europe for his architectural style. We are speaking about Horezu Monastery from Romania.

Last summer we have visit it and I think that all the persons interested in religious tours must put Horezu Monastery in their travel program.

Why to visit Horezu Monastery?

First of all, the Horezu Monastery belongs to the “Brancoveanu art” – a mixture style of Byzantine art, Renaissance art and Baroque art from the times of Constantin Brancoveanu (1688 – 1714). This prince was a Wallachian ruler, from the dynasty of Cantacuzene (Byzantine emperors) and Basarab (Wallachian rulers) who was very interested of culture and spirituality. 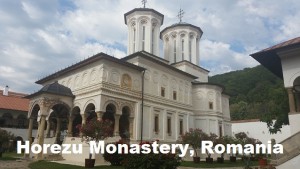 In his time has appeared a singular style inspired by the old Byzantine culture and Modern European Culture: a synthesis characterized by proportions, balance, purity, sculpture details, votive portraits and painted decorative works. Constantin Brancoveanu was killed like Christian martyr with his family by the Ottoman Turkish’s in Constantinople.

In his life time he builds Horezu Monastery (1690 – 1693) to have his tomb here, but his body will never arrive here. 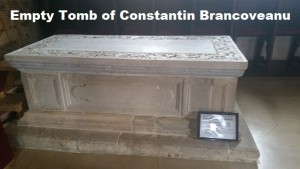 If you are coming to Horezu Monastery, first you shall see an Italian Renaissance gate, than you shall enter into the monastery yard and a road will take you into a huge fortified cloister that has the big church into the center. The cloister is not a classic one, because from it you enter in different buildings (chapels, library, hospital, rooms, shops, aula magna, kitchen, etc.). The Horezu Monastery is in fact a little monastic town around the big church.

Horezu Monastery is one of the Pillars of the Romanian Culture and for his world uniqueness is a World Heritage Site by UNESCO.

If you want to visit Horezu Monastery from Romania this summer, here you find some religious tours, pilgrimages:

1. Pilgrimage in Romania from Liverpool Airport;