Sibiu in winter – from culture to skiing 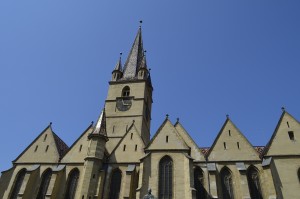 In the last years, Sibiu became the Transylvanian most famous town from Europe. The reason of this is the cultural events, the election of Sibiu to be the European Capital of Culture for the year 2007 and the idyllic centre of the old city.

How is situated in the south of Transylvania very close to the Carpathian Mountains, Sibiu has its own ski resort at Paltinis. So, at Sibiu in your winter holiday you can enjoy of culture and winter sports.

A. The Saxon heritage is situated in the old town and is divided into two parts: the Upper Townand the Lower Town. 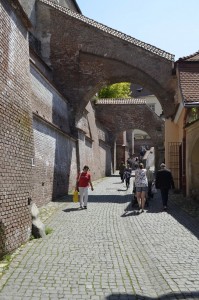 The first one is the renascence, baroque and modernist part of the town and is situated on the Sibiu hill. Here is the hearth of the town: the Grand Square (the main point of the town), the Brukenthal Palace (the best painting gallery from Transylvania), the Jesuit Church, the Council tower, the Holy Trinity Metropolitan Cathedral (inspired by the Hagia Sophia from Istanbul), the Lesser Square (the small square), the Liar’s Bridge (where the lovers are swearing eternal love), the Huet Square with the Evangelical Lutheran Cathedral (gothic style), the Passage of the Stairs (picturesque passages) and old fortifications from the middle ages.

The second one (the Lower Town) is the medieval and industrial town between the Cibin river and the hill. It has small medieval streets and houses with inner courts and tall roofs.

B. The Romanian heritage is in fact the biggest open-air museum from Romania: the ASTRA National Museum Complex, a museum that conserves an entire old village, with houses, shops, farms, churches and lakes. 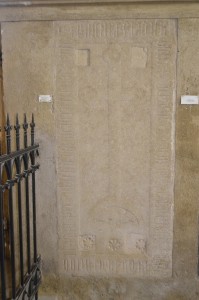 C. The Communist heritage is in the modern part of the town, where the Communist Party have build apartments in their one style. Sibiu was famous in the Ceausescu communist period because here has lived this son Nicu Ceausescu.

D. The Dracula heritage of Sibiu is related with the Vlad the Impaler son, called Mihnea the Wrongdoer/Mean/Evil, Prince of Wallachia who has revenge the killing of his father by the boyars, but in the end the boyars killed him on the stairs of the Evangelical Lutheran Cathedral, so he was buried inside the church.

Sibiu has his international airport and is well communicated with national roads. The biggest cultural event of Sibiu is the Sibiu International Theatre Festival. So, come and enjoy of Sibiu Christmas and New Year Break!