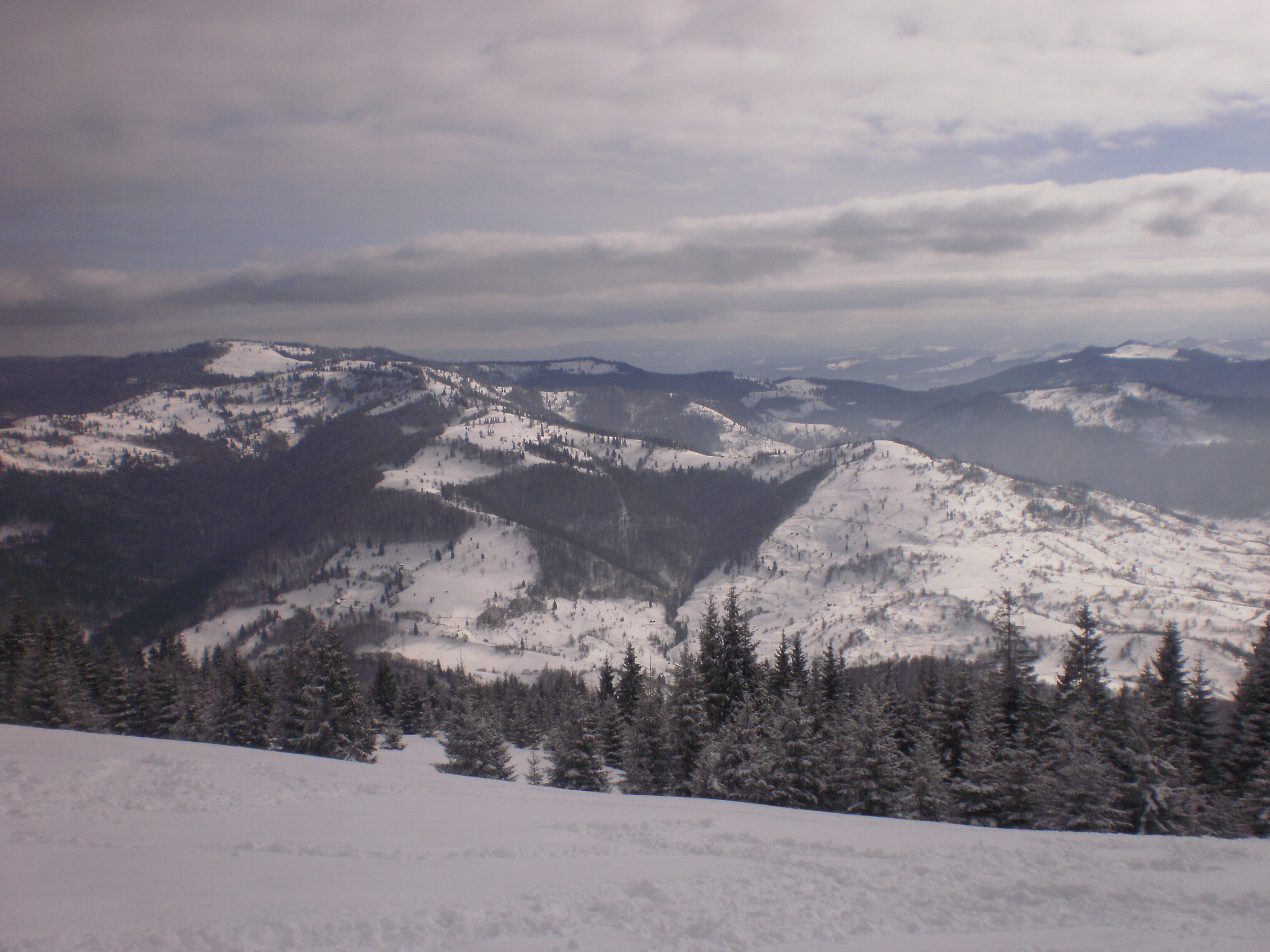 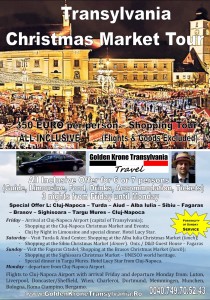 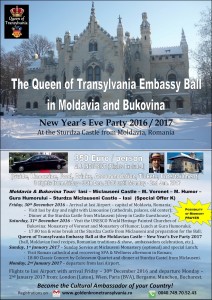 2. The Queen of Transylvania Embassy Ball in Moldavia and Bukovina: New Year’s Eve Party 2016 – 2017. The last 2 Queen of Transylvania Embassy Balls were a great exit, and the philosophy of this special New Year’s Eve party is to travel from destination to destination, from castle to castle. So, we decided that the Sturdza Castle from Miclauseni, Moldavia can be a top destination for this winter holiday. In the same time, Moldavia is not well known in the existent travel offers, and this is not fair, because this country has a lot to give to all the persons who want to travel there in the winter season. For this, the New Year’s Break 2017 proposed by us is including the New Year’s Eve Party 2016- 2107; the visit and activities in two Moldavian towns: Iasi (the capital) and Roman; the visit of two UNESCO World Heritage Monuments from Bukovina: Voronet Monastery and Humor Monastery and all the guided tour in a British limousine (the first from Romania). 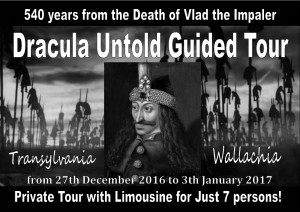 3. This winter 2016 – 2017 the Romanians are commemorating 540 years from the murder of their best king: Vlad the Impaler, famous in the entire world thanks to the Dracula novel by Bram Stoker (1896). So, we want to commemorate this important historic event with a 9 days tour in Transylvania, Walachia and Moldavia, that includes the life steeps of the Prince Vlad the Impaler and his legend: birthplace at Sighisoara, his castle of Arefu and his fortress of Targoviste, his enemies places (Cluj-Napoca and Brasov), his friends and collaborators (Cluj-Napoca, Alba Iulia, Roman, Bukovina Monasteries) and his legendary places (Bistrita, Arcalia Castle, Borgo Pass Communist Castle and Bran Castle). This historic travel will include the New Year’s Eve Party 2016 – 2017 at Sturdza Castle from Miclauseni for the Queen of Transylvania Embassy Ball and many attractions.