Cluj-Napoca – the heart of Transylvania 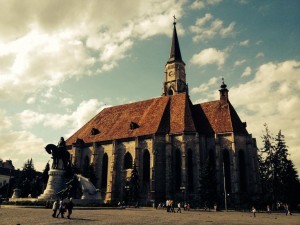 Cluj-Napoca is the capital of Transylvania and the second town of Romania after Bucharest. Like all the world capitals, Cluj-Napoca is a cosmopolitan and a multiethnic city (German: Klausenburg; Hungarian: Kolozsvár; Medieval Latin: Castrum Clus; Claudiopolis Yiddish: קלויזנבורג‎, Kloiznburg).

The name of the capital of Transylvania is a mixture between the pre-Roman name of the settlement: Napoca and the Medieval Latin name: Clus. The result is Cluj-Napoca, known in common as Cluj. 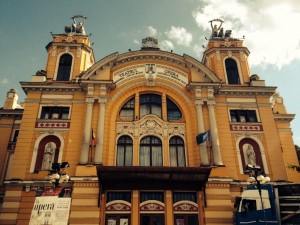 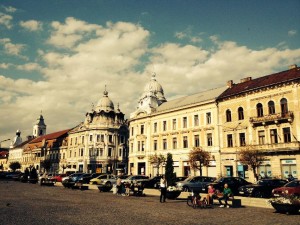 All this are making of Cluj a lively town in development. The international community of Cluj is one of the biggest from Romania.

If you are traveling to Transylvania you have to visit also the capital. In fact, Cluj is a combination of the best of Transylvania: culture, entertainment, art, study, nature, industry, shopping, sport, transports and business. 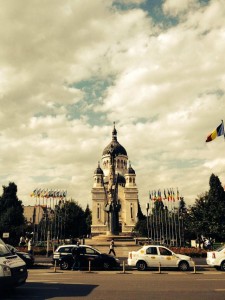 Dormition of the Theotokos Cathedral

Also the architecture of the city is a voyage into the European history. Here you find buildings in the roman, gothic, renascence, baroque, classic, eclectic, secession styles.

The biggest tourist attractions in Cluj-Napoca are: the Dormition of the Theotokos Cathedral, the Saint Michael Cathedral, Palaces and Museums (history, art, pharmacy, speleological and ethnological), the National Theater and the Opera Hall, the Cluj Arena, the Central Park and the Botanic Garden.

Cluj-Napoca has many old buildings, churches and sculptures and also communists neighborhoods. The most popular statue of Cluj is the Matthias Corvinus Monument from the Union Square, but the best sculpture in the town is the Saint George Sculpture from the Reformat Church Square.

From the Fortress hill of Cluj-Napoca you can see the entire town. Come to Cluj and taste the Transylvanian spirit!